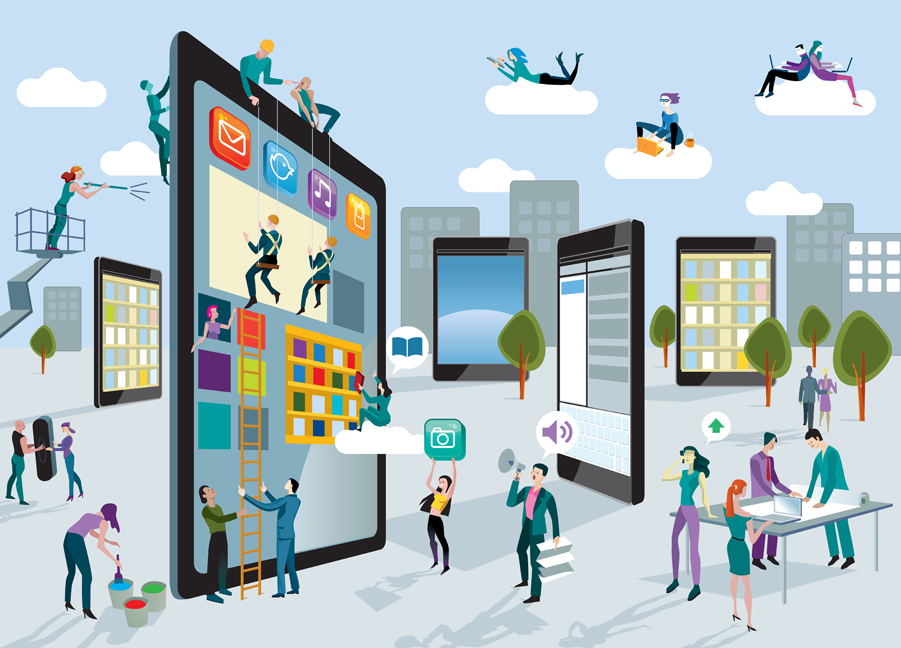 Despite social media creating a sticky hive of internet activity, many marketers still discount its effects on B2B buyers. Which is great news – for their competitors.

While other B2B marketers stay out of the social media playground, this gives your company a massive edge.

According to a 2012 report by Social Media Examiner, spending just six hours on social media a week gives your B2B brand 59 percent better visibility in search engines. With 92 percent of buyers starting the B2B purchase cycle with an online search, being easily found offers an undeniable advantage.

And that’s just fringe benefits. With the right approach, B2B businesses can use social media to create awareness, engage buyers, speed up the sales process and build a powerful brand, all at a very low cost.

Yet there’s a pervasive misconception that social media only benefits consumer brands. There’s a plethora of examples of great B2C social media campaigns, while B2B successes get little coverage. However, this doesn’t mean that they don’t exist.

B2B shipping giant, Maersk Line, garnered 650,000 fans on Facebook and a record-high engagement score in its first year in social media. In 2012, it won ‘Social Media Campaign of the Year’ and ‘Community Presence’ at the European Digital Awards in Berlin, beating out popular consumer brands like Red Bull, Converse and McDonald’s with itsunique approach to social media.

B2B networking company, Cisco, developed amulti-faceted campaign entirely leveraging social mediato promote one of the most effective product launches in the company’s history, while shaving six figures off the cost!

Both companies took very different approaches, yet they have something in common. They both gave their audiences something entertaining, without asking for anything in return.

Jonathan Wichmann, Maersk Line’s head of social media, explains: “Social media are about communication, not marketing. It is about engaging, not disseminating.”

It’s no wonder that many marketers find social media a tough beast to tame. If it looks, acts or smells like marketing, it doesn’t belong in social media. Any whiff of a sales pitch, and you’ll lose eyes. Social media is one of the worst places to try and connect to buyers by touting your company’s abilities. That is what your website is for.

Before you can craft an effective strategy, you need to understand why social media is so popular. Many companies’ plans err due to a common misnomer: people are there to connect. They’re not.

We’ve all been on Facebook, we’ve all seen what it’s used for. People post flattering photos of themselves, their offspring, wild parties, exotic vacations or whatever reinforces how they want to be perceived.

LinkedIn follows a similar pattern, with a business focus. Profiles are carefully self-crafted to present a favourable portrait. This is as much to attract job offers as to express status, and clarify our identities.

In an era that coined the term ‘identity crisis’, social media gives people a platform to create and showcase their identity to friends, colleagues, family, and most importantly – themselves.

Therefore, people take online brand alliances seriously, whether consciously or not. Every  ‘like’, and link they share is a thread in the fabric of their identity.

Most companies believe that by creating a profile about themselves, they will connect with buyers.

However, in social media, that’s the wrong approach. Instead, you need to think about what your brand says about your buyers. What will liking your company say about them as an individual?

Shama Kabani, founder and CEO of The Marketing Zen Group, suggests seeing your brand as a mirror. “For a business, what matters most is not what your brand says about you — it’s what your brand says about the people you want to interact with. The heart of building a community, whether you’re a B2B or a B2C, is recognising what that community cares about. It’s not manipulative, it’s not sneaky — it’s the most authentic way to brand your business and grow a following online.”

The more time you spend online, listening to your target market, talking to them, and finding out what matters to them, at business leveland beyond, the more easily the pieces of a great campaign will fall into place.